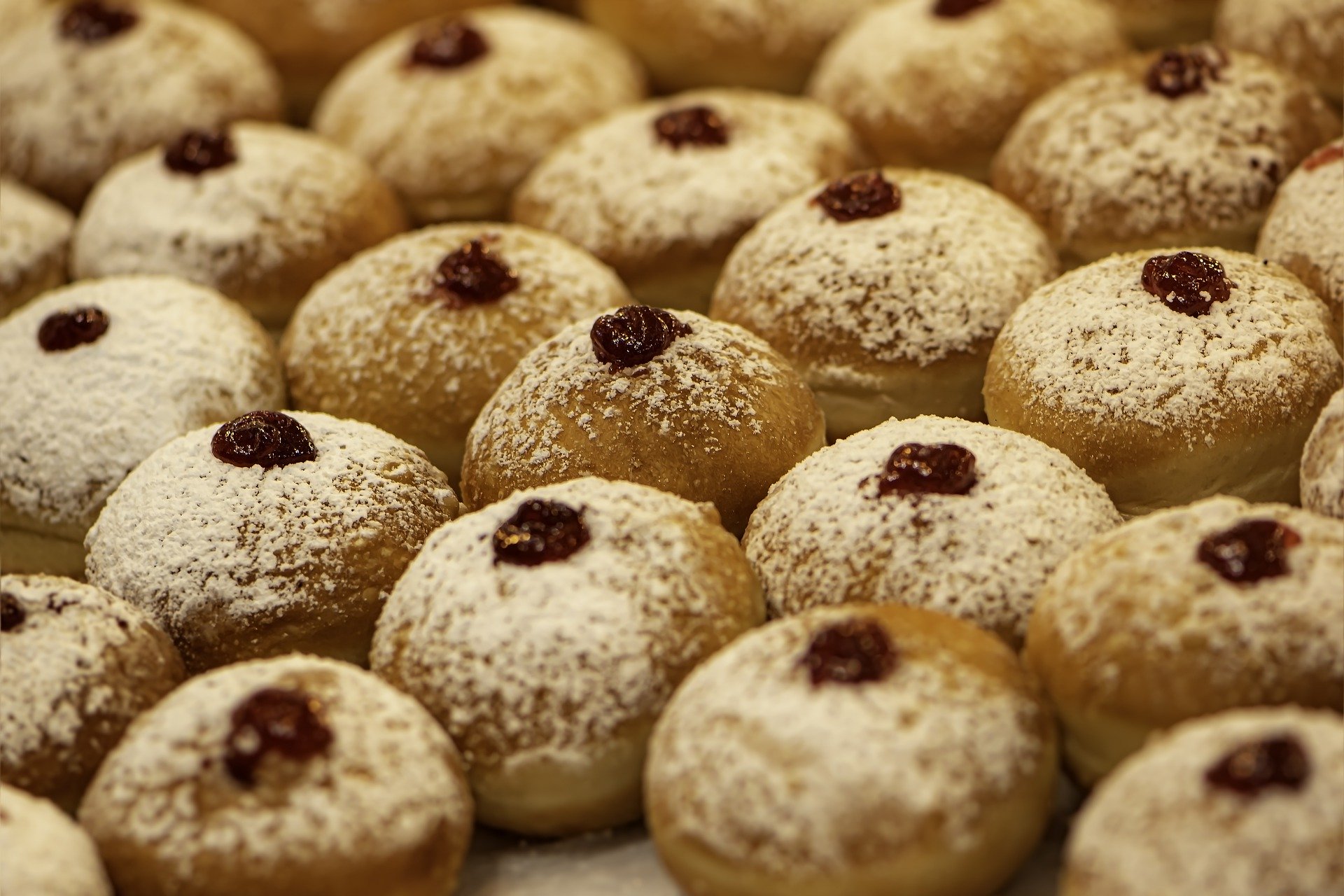 What is the meaning of the Hanukkah Menorah (Hanukkia)?

The seven-branched Menorah burned perpetually in the Temple. Only specially-prepared, ritually pure olive oil was used to keep the menorah lit. Jewish tradition says that when the Temple was cleansed and rededicated after its defilement by Antiochus IV, only one small container of ritually pure oil was found. This was enough for only one day, but miraculously it burned for eight! At Hanukkah we commemorate this miracle by lighting a nine-branched menorah, one light for each day of Hanukkah and one light called the Shamash, the servant candle from which the other eight lights are lit. Place your Hanukkah menorah in a window or near the front door so you and others can see its lights and be reminded to give thanks and praise to God for his miraculous intervention on behalf of His people.

Why do we eat fried food during the holiday?

Another way of commemorating the miracle of the oil is by eating fried foods. The two most traditional foods are latkes (fried potato pancakes) and sufganiyot (jelly donuts). Latkes are traditionally eaten with applesauce or sour cream. Here is a link to a recipe for classic latkes. Cook some up and don’t forget the applesauce and sour cream! As for sufganiyot, you can purchase them or make them yourself (try this recipe for sufganiyot in a bag).

What is the dreidal game and how did it come about?

Dreidal (also spelled dreidel, from Yiddish) or sevivon (Hebrew) is a four-sided top that is played during Hanukkah. According to tradition, the dreidal was used by the Jews in the days of the Greco-Syrian king Antiochus IV, when they were forbidden from worshipping HaShem or from studying Torah. Despite the prohibitions, the Jews secretly studied Torah. To hide what they were doing, they would conceal the scrolls and pretend to be playing a game with tops. Today each of the four sides of the dreidal is marked with one of the Hebrew letters nun, gimel, hey, and shin or pe. These stand for the first letters of each word in the phrase nes gadol hiya sham, which translate to “a great miracle happened there.” In Israel the fourth letter is pe meaning “here”, because the miracle of Hanukkah happened in Israel.

To play the game, every participant needs a dreidel and 10 to 15 coins (real or chocolate). Each player places one coin in the center pot. The first player spins the dreidel. Once the dreidel stops spinning and falls to one of the four sides, look at the letter is facing up. The player then either takes a coin from the pot or gives up a portion of his or her coins based on the following guidelines:

Nun – “nothing” – nothing happens, the turn goes to the next person

Gimel – “all” – take everything in the pot

Play continues until one person has all the coins.

Gelt is a Yiddish word that means “money.” At Hanukkah this refers to chocolate coins. It can be given as gifts, used at parties and to play the dreidel game.

Do you give gifts during Hanukkah?

For more articles about Hanukkah, watch how to do the Hanukkah blessings, read about the history of Hanukkah, learn how to make your own Hanukkiah, read a Biblical argument for Hanukkah, and listen to Hanukkah songs.