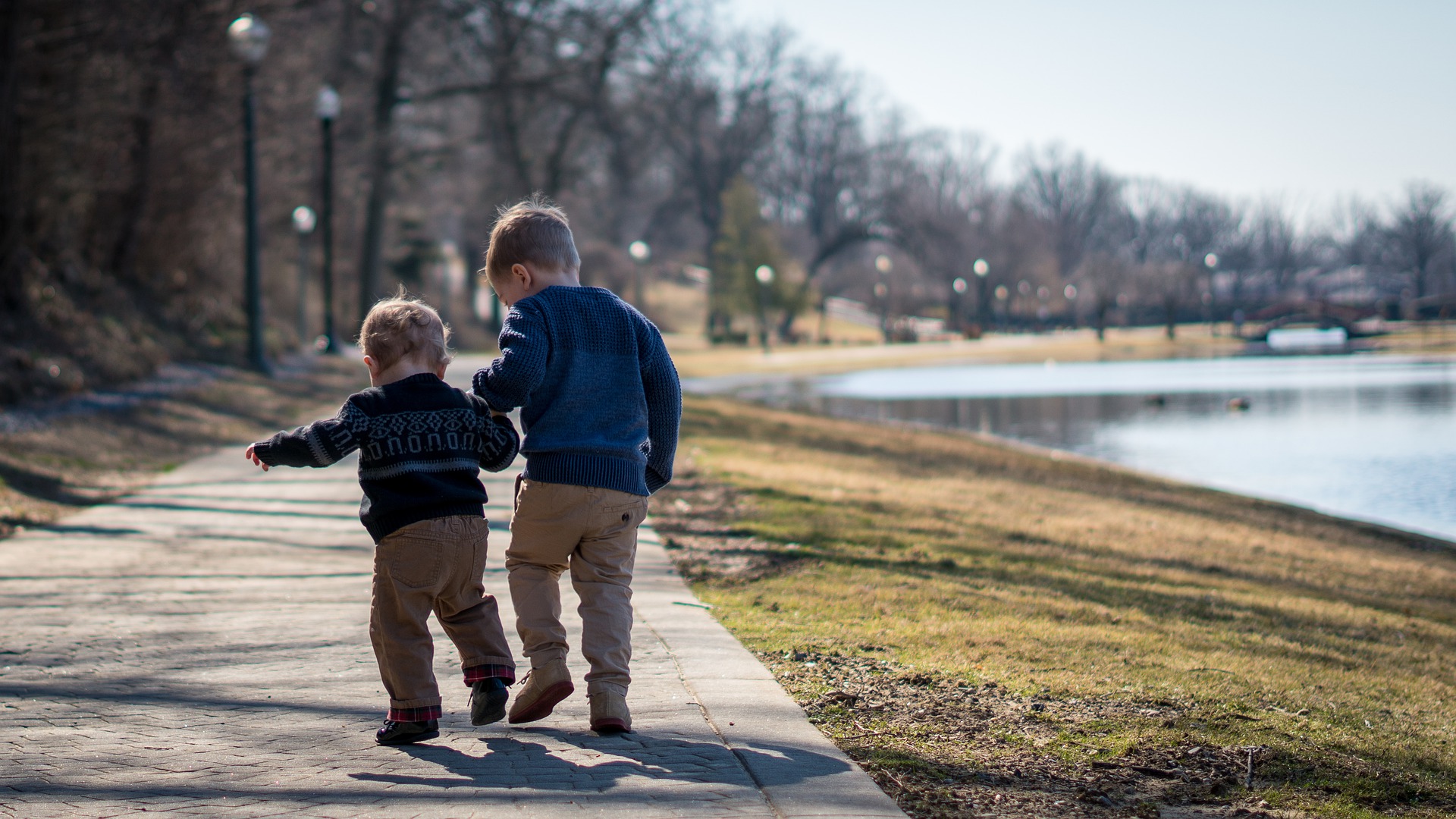 It is almost 2022, marking a little under two years since the COVID-19 pandemic began and brought a plethora of social, economic, and political issues undeniably to the surface. Even as life improves marginally for some, new trials appear for others—from housing struggles to the Delta variant to general isolation exhaustion. It hardly needs to be said that sticking together as a community is still as important as ever. But between political schisms and echo chambers, arguments and point-keeping, community has proved difficult to maintain. This week’s parasha, Vayishlach, provides a vital key: favor, or relational generosity.

When someone asks us, “Will you do me a favor?” we’re likely to ask what they have in mind before we say yes or no. Why? Because a favor by definition is something undeserved, something that might go beyond the ordinary, and we want to know what it is before we agree to do it. It could range from something as simple as grabbing a napkin that’s out of reach to something as taxing as driving hours out of your way to drop off and pick up your grandchildren from school on a regular basis. Favor is relational generosity, going out of our way to do something undeserved based on our relationship with the asker, and we might wonder how generous we’re expected to be. Favor, in the form of the Hebrew word chen, makes a cameo appearance in this week’s parasha, when Jacob returns home after 20 years in exile to be met by his brother Esau (accompanied by 400 men).

This encounter reveals that favor—receiving and giving good that we don’t deserve—elevates us, and brings into a deeper experience of God.

As Jacob was on the threshold of his homeland, he remembered the bitter rivalry with his brother Esau, which had caused him to flee twenty years earlier. He prepared an elaborate tribute: 200 female goats and 20 males, 200 female sheep and 20 rams, 30 milk-camels and their colts, 40 cows and ten bulls, 20 female donkeys and ten colts. He knew it would take a lot to overcome this rivalry, because it had deep roots. He may not have realized that it even began even before the brothers were born, when their mother Rebekah could feel them struggling with each other in her womb. She said, “If it’s like this, why is this happening to me?” (Gen 25:22 TLV), and Hashem told her that two rival nations were in her womb, with the older (Esau) destined to serve the younger (Jacob).

Moreover, this rivalry is just one in a series of sibling rivalries in Genesis beginning with Cain and Abel, continuing to Isaac vs Ishmael, and now passing on to Isaac’s two sons. Sibling rivalry is woven into the fabric of Genesis because it’s woven into the fabric of human families in all places and times, including our own. From family it’s readily translated into relationships at work, school, and especially in the extended family of our religious communities. The primal rivalry for parental affirmation morphs into comparison and competition in our homes, businesses, schools, and even our places of worship. But favor provides a way out.

Let’s see how this works between Jacob and Esau.

Esau received Jacob’s extravagant gift of tribute, then he saw Jacob’s huge family and asked, “Who are these with you?” Jacob responded, “The children with whom God has favored your servant” (Gen 33:5; in this whole passage I consistently translate chen/chanan as “favor”). When Esau asked why Jacob is presenting him with all this abundance, he replied, “To find favor in your eyes, my lord” (Gen 33:8).

Jacob was saying that he didn’t deserve what God had given him, and he didn’t deserve the kindness he seeks from Esau, either. So he pressed Esau: “If I have found favor in your eyes, then accept my gift from my hand… Take, please my blessing which is brought to you, because God has favored me and because I have all” (Gen 33:10–11).

Jacob had discovered in his long exile that God was always with him, and that His favor is without limit. This favor displaced Jacob’s old struggle for blessing. That was a zero-sum struggle; when one brother got the blessing, the other lost it. Now, when Jacob said to Esau, “Please take my blessing,” he’s symbolically returning what he had taken from Esau, but mysteriously his blessing won’t be diminished—“God has favored me and I have all!” Jacob begged Esau to receive the gift and seal the forgiveness that Esau seemed to offer at the moment of their reunion, when he embraced Jacob (Gen 33:4).

Favor frees us from the rivalry of comparison and competition.

If you think you’re totally free of this kind of rivalry, think of how you react when someone in your class or office wins the coveted award or gets the big raise. Remember how you mentally compared your very nice kids with your friends’ super-star kids, or your congregation’s modest growth with that mega-kehila down the road. Remember how you once had to take a deep breath and fake that congratulatory smile when your friend got a romance-filled engagement, and you didn’t. When we give in to envying the success of others, comparing what we have and who we are, we’re re-enacting the primal rivalry between siblings. Some of us go through life keeping score, and whether we come out ahead or behind it’s a lousy way to live. But relational generosity—favor that I give freely because God first gave it to me—points the way out.

In counseling married couples I often see their desire for fairness as a barrier to intimacy and fulfillment. The load of work, responsibility, and benefits will never be perfectly balanced. Instead of comparing themselves with each other and seeking a perfect 50-50 split, I often recommend giving freebies in their marriage. It’s favor instead of fairness, and it’s a practical way to reflect the favor of God.

Back to an earlier point in our story: When Esau first saw the returning Jacob, he “ran to meet him, hugged him, fell on his neck and kissed him—and they wept” (Gen 33:4 TLV). Now, there are lots of reunions, lots of kissing and falling on the neck (whatever that means, exactly) in the family stories of Genesis, but this is the only time that this particular combination appears—running to meet someone, falling on his neck, and kissing. In fact, it appears only one other time in the whole Bible: “But while he was still far away, his father saw him and felt compassion. He ran and fell on his neck and kissed him” (Luke 15:20 TLV).

Messiah Yeshua seems to have chosen these words from Genesis to picture the response of the compassionate father to the return of his prodigal son, which in turn pictures the compassion of God toward all of us prodigals. In that moment of favor, when Esau met Jacob, he reflected the boundless compassion of God, and lifted himself above all his bitterness and resentment.

Jacob could see this uplifting quality of favor in Esau. He’s still Esau, the emotional and impetuous big brother, and Jacob would soon decline his offer to hang out together. But Jacob was sincere when he said to Esau, “I’ve seen your face—it is like seeing the face of God—and you’ve accepted me!” (Gen 33:10b TLV). Esau was elevated by receiving and giving favor, and for this instance becomes an example to us.

It’s a very old story, but it pictures the relational glue that holds our families, friendships, and communities together today: favor—receiving and giving good that we don’t deserve. But favor isn’t only essential for community; it elevates us and our experience of God. Yeshua’s story reveals the undeserved favor of God toward us. We are elevated when we give some of this favor to others, especially to those who have wronged us, and we reflect in a small way the boundless favor of the Father himself.

This article was written by Rabbi Russ Resnik, editor of Kesher: A Journal of Messianic Judaism. You can learn more about Kesher here or take a dive into last week’s parasha, Vayeitzei.