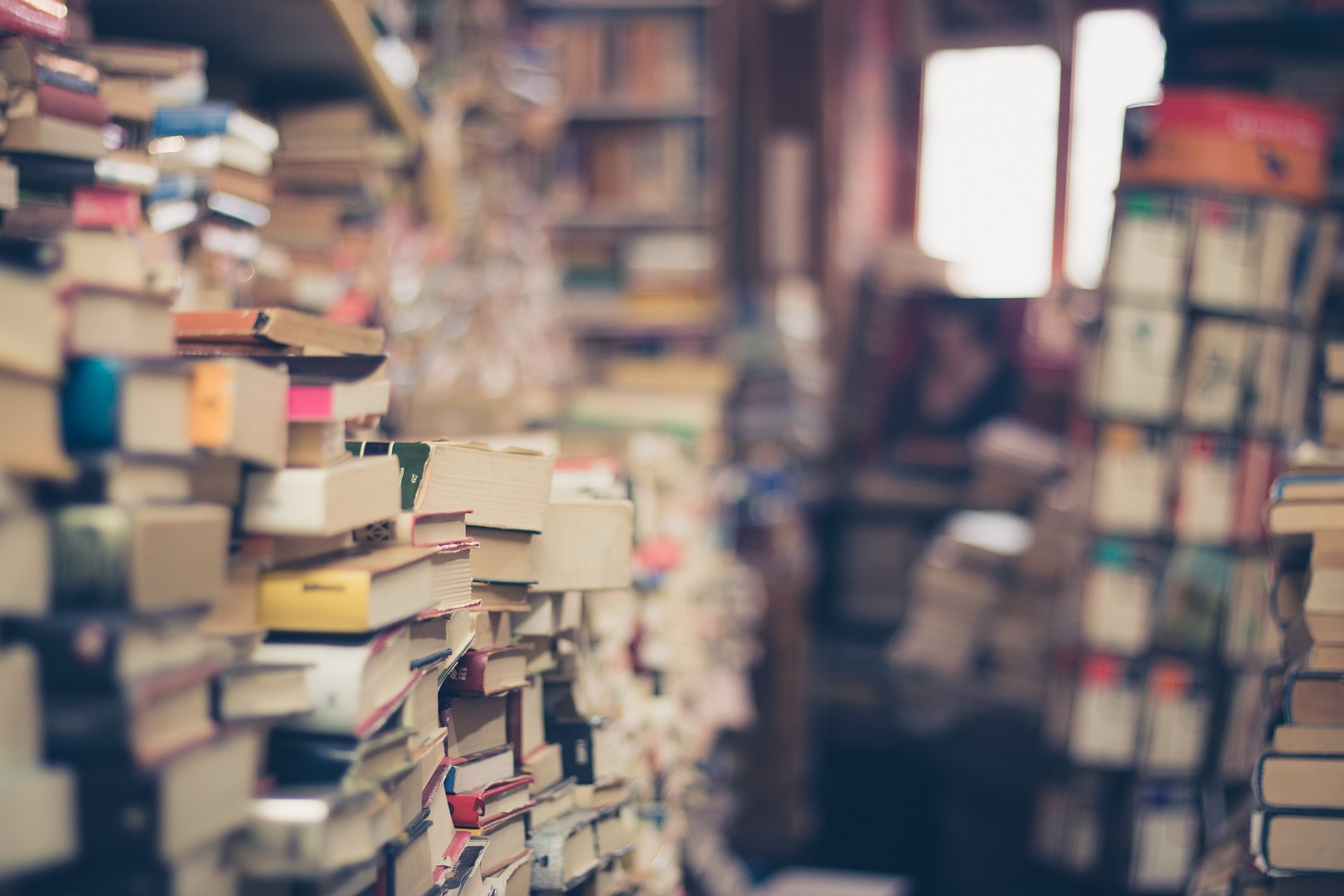 In November, we celebrate the birth of the iconoclast Yiddish storyteller Sholem Asch (1880—1957). Asch was born in Kutno, Poland, on November 1, 1880, to a scholarly Orthodox Jewish family. As a child, he became intensely interested in the world outside of the shtetel. Asch learned to read German with the help of Moses Mendelsohn’s German translation of the Psalms. From that, he learned the Latin alphabet and began studying German classical and Hebrew Haskalah literature. His parents attempted to dissuade him from reading secular and progressive literature to no avail. [1]

As a young adult, Asch taught and wrote letters for illiterate townspeople in Wloclawek, Poland. Then, he began writing his literary works in Hebrew and German. When Asch encountered the famous Yiddish writer, I. L. Peretz, Peretz encouraged Asch to write Yiddish stories based on Jewish life in Eastern Europe. Asch’s first Yiddish short story, Moyshele, was published in 1900, followed by a collection of stories entitled In a Shlekter Tsayt (In an Evil Time, 1903). [2]

Between 1900 and 1913, Asch’s short stories described the depressing, sad life of Jews in the Pale of Settlement. However, following a trip to Palestine, he began writing stories with spiritual themes, including Mayselekh fun Khumesh (Tale from the Pentateuch, 1913) and Undzer Globyn (Our Faith, 1914). In 1937, Asch traveled to the US to earn his Ph.D. at Jewish Theological Seminary in New York. He settled in New York and became interested in Biblical literature and theology. Between 1939 and 1949, he wrote his Christological trilogies dealing with the Jewish founders of Christianity: The Nazarene (1939), The Apostle (1943), and Mary (1949). His 1939 work was published in Yiddish and English, while the two later works were published in English. [3]

Asch, who had become a literary celebrity among the Yiddish writers, created a massive stir within the Jewish community by his endeavor to write about the pillars of the Christian faith and reclaim them as Jewish thinkers. His works were well received by progressive, English-speaking American-born Jews, but the Yiddish community—consisting mainly of religious Jewish immigrants and anti-religious socialists—attacked Asch. The Daily Forward, the Yiddish-language newspaper, refused to publish any excerpts from Asch’s works and instead published angry editorials, accusing Asch of preaching Christianity. [4] Asch further stirred the pot by granting an interview with The Christian Herald in which he explained that he became fascinated with the person of Jesus following his first trip to Palestine before the war. He went on to say, “I couldn’t help writing on Jesus…since I first met Him, He has held my mind and my heart.” [5] He admitted it was hard for him to write about Jesus in the Jewish shtetl. However, in America, he had discovered new freedom to express himself and search for spiritual truth. He continued:

I was seeking something for which many of us search—that surety, that faith, that spiritual content in my living which would bring me peace and through which I might help bring some peace to others. I found it in The Nazarene. For Jesus Christ, to me is the outstanding personality of all time, all history, both as Son of God and as Son of Man…No other teacher…is still a teacher whose teaching is such a guidepost for the world we live in…He (Jesus) became the Light of the World. Why shouldn’t I, a Jew, be proud of that? [6]

Reaction to Asch’s comments was swift and sharp. “Jewish public opinion will be compelled to issue a verdict that Sholem Asch, through his own words and behavior, has put himself outside the Jewish camp!” [7]  The Daily Forward editor Abraham Cahan called for a boycott of Asch’s writings and published heated attacks on the writer in his newspaper. [8] But, on the other hand, the wider public praised his open-mindedness and courage to speak his mind. The New York Times described The Nazarene as “a nobly conceived novel of the life of Jesus [treating] the great story in a memorable manner, a novel of the life of Jesus.” [9]  The Nazarene stayed on the New York Times bestseller list for almost a year, selling 2 million copies within the first two years. [10]

Asch’s novel tells the story of a fictitious Polish-Catholic scholar, Pan Viadomsky, an admitted anti-Semite seeking who finds what he believes is the fifth gospel. Viadomsky believes he has discovered a manuscript in Ethiopia written from the perspective of Judas Iscariot. Fascinated to learn this novel perspective, he studies the manuscripts. [11] He begins to read the stories of Jesus from the viewpoint of Jesus’ contemporaries, Judas Iscariot, Joseph of Arimathea, and the Roman Centurion, Cornelius. The story presents him as the Rabbi Yeshua, as Asch calls him in both the Yiddish and the English edition: a Palestinian rabbi, observant, faithful, and fully Jewish in his Palestinian socio-historical context. The story takes the reader on a panoramic journey across Palestine. In the book, the reader meets famous first-century personalities such as Pontius Pilot, Hillel, Gamaliel, Nicodemus, and even Jochanon ben Zakkai whom Asch believed was a contemporary of Yeshua. [12]

The novel concludes with Yeshua’s crucifixion and his burial in Joseph of Arimathea’s tomb. [13] Asch lays the blame for his death on the Romans, Judas’ betrayal, failure of the Jewish leadership, and the short-sightedness and lack of spirituality of the people. At the end of the story, Pan Viadomsky is confronted with the Jewish Jesus, whom he thought he had faithfully followed while ignorantly persecuting Jesus’ people. Repenting from his lifelong hatred of the Jews, he confesses at the end, “God! Have mercy on my sinful soul,” before he dies. [14] Moreover, the Jewish reader is confronted with the Jewish Jesus, assumed to be the founder of a foreign religion but in fact a moral leader, and pious rabbi. In the story, Asch sought to heal the historical chasm between Christianity and Judaism that led to the pain and suffering he experienced in Europe, while offering Christians a missing part of the Christian faith..

Asch did not describe Yeshua’s resurrection, though he suggested that followers of Yeshua claimed they saw him after the crucifixion. Likewise, Asch did not delve into the history of the parting of the ways. Instead, he blames the rejection of the Nazarene on all people: Jews, Christians, and pagans. However, Asch’s legacy, along with his contemporaries such as Chagall and Franz Rosenzweig, led to the Jewish reclamation of Jesus, seeking to cast a positive light on the first-century rabbi. The legacy continues today by scholars such as Amy Jill Levine, Daniel Boyarin, and most recently, Pamela Eisenbaum. During an era when the Hebrew-Christian movement was solidly outside the pale of the Jewish community, the modern Messianic Jewish Movement may thank Sholem Asch, who broke the ice in contemporary Jewish literature to introduce the Jewish Jesus to readers and thinkers in the broader Jewish community.

Dr. Stan Meyer holds a Ph.D. from Biola University in Intercultural Studies and an MA from Fuller Theological study. Meyer teaches at the Messianic Jewish Theological Institute and Grand Canyon University in Phoenix. His area of study is contemporary Jewish history and sociology. He is the congregational leader of the Tree of Life Messianic Synagogue in Scottdale, AZ.