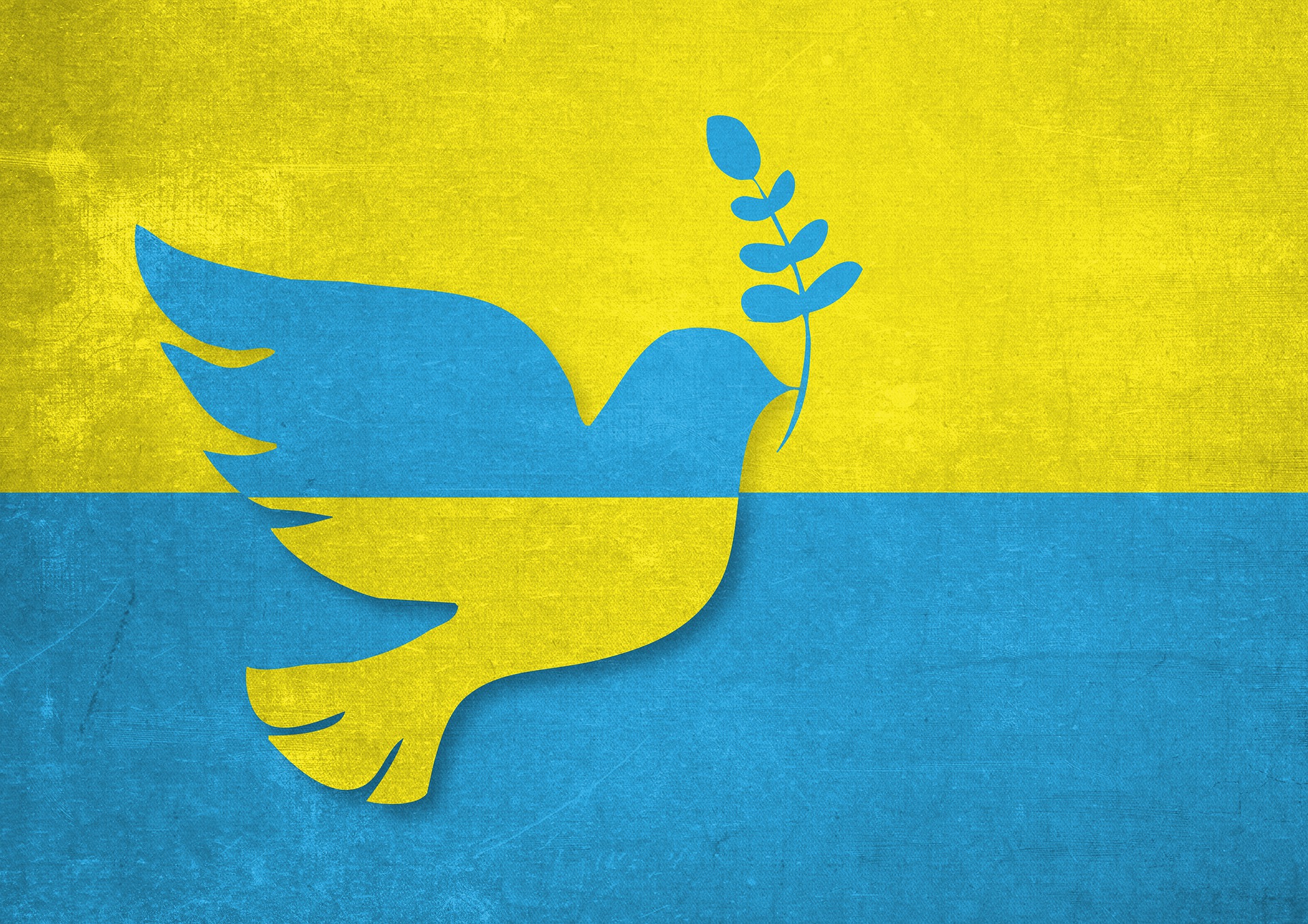 After two whole months, Russian troops continue to threaten the sovereignty of Ukraine in brutal aggressive attacks on government and civilian structures, reminiscent of the invasion of Poland 83 years ago which triggered the beginning of World War II. Some think we are on the brink of nuclear destruction; others think that it is much ado about nothing and simply does not concern us. Some of our friends very well may be asking, “Why does it matter?”

1. It matters because of the suffering and agony that both Ukrainians and Russians are experiencing as a result of a vicious unprovoked attack upon civilians, hospitals, schools, tenements, maternity centers, and infrastructure. Already we have seen in death and the emotional and physical crippling of children, elderly, the disabled, and the general civilian populace, perpetrated by the second most powerful military in the world. It is a mammoth Goliath against a militarily inferior David. Parents and children, husbands and wives, brothers and sisters, and loved ones are grieving helplessly in the darkness of emotional trenches.

2. It matters because it is a threat to Ukraine’s way of life and an early warning to the world that history may well repeat itself if this madness is not stopped now by the more powerful alliances of the world. “All that is required for evil to triumph is for good men to do nothing.”

3. It matters because 45 million people and upward of 250,000 Jews live in Ukraine with many being impoverished, subsisting in meager lifestyles, and now deeply dependent upon the world for help. The continuing pounding of ground artillery and air strikes with guided and unguided missiles impedes the flow of humanitarian aid, blocks escape routes, and kills the innocent, raising fears and concerns for the safety and well-being of myriads of families. It is an exhibition of raw, unbridled, and inhumane cruelty; the longer it continues, the more irreversible agony, untold suffering, and displacement of refugees will continue. The Pharaohs and Hitlers of the world, if unchecked, continue their megalomaniacal vision for conquest with impunity. Is not the civilized world called “for such a time as this?”

4. It matters because we are called to feed the poor, clothe the naked, set the captives free, protect the helpless, and impart peace in the world.

Why else does it matter? Ukraine has a Jewish president who lost great-uncles in the Holocaust. He ran on an anti-corruption ticket and the country embraced him in what outside observers labeled a fair election. Ukraine has been inching toward a Western-type of democracy. Democracy facilitates freedoms of religion, speech and assembly, all of which are key components for the spread of the Good News that we are to go into the world and disseminate. Let us be examples and call evil, evil; and make the difference that we are to make by any godly means necessary (Proverbs 24:11-12). “It is not the time to stand idly by.” What then must we do? First, we should include daily prayers for the aggression to cease and this war to end. Individual prayer in our homes and communal prayer in our houses of worship are effectual and avail much. Second, it is appropriate to give tzedakah (charity) to relieve the sufferings. There are a number of Messianic Jewish organizations active in extending humanitarian aid to Ukrainians and to those who are fleeing to safe havens. I can commend Chevra USA, directed by Dr. Michael Schiffman (mychevra.org); the Reach Initiative, directed by Stewart & Chantel Winograd (reachii.org); and Boris Golden at Chosen People Ministries (https://www.chosenpeople.com/boris-and-shulamit-goldin/). Please add to this list.

Let us act in a way, so that when we look back we will know that we contributed to making a difference in the lives of the victims of this senseless diabolical massacre, and not stood apathetic in the face of crimes against humanity. For, “s(he) who saves one soul is as one who has saved the whole world.” Talmud Bavli, Sanhedrin 4:5

This article was written by MJTI CFO Rabbi Elliot Klayman. For more by Rabbi Klayman, read his article on Parasha Vayeshev or a reflection on the High Holidays.