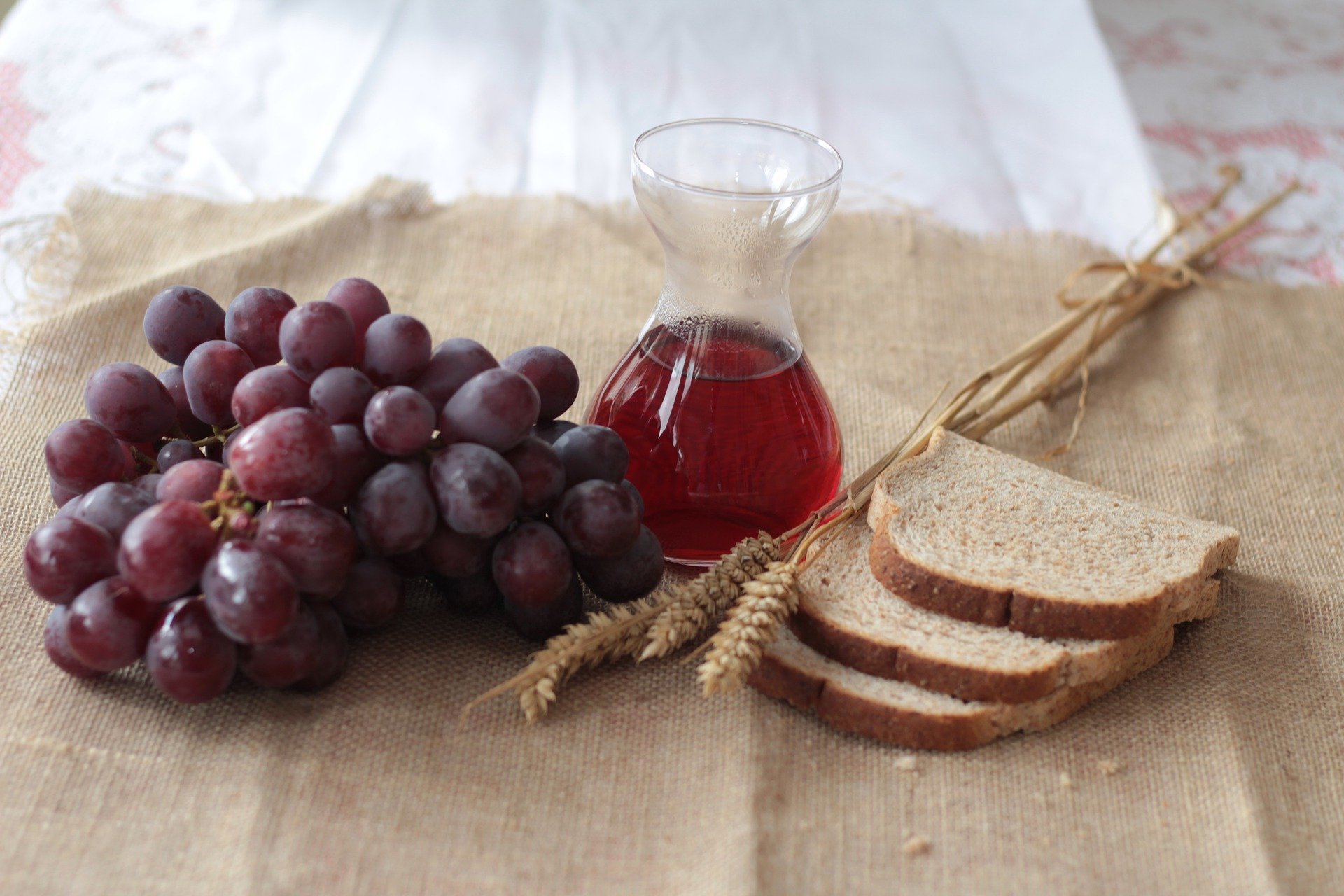 The consumption of blood is clearly forbidden by Torah. Then why does Yeshua make this outlandish proclamation?

“Whoever eats my flesh and drinks my blood lives in me, and I live in him.” (Yochanon 6:56)

He clearly confused much of the crowd that had assembled around him. Even many of his own talmidim deserted him as a result of this apparently offensive statement, which seems so antithetical to Torah (v.66).

So what did Yeshua mean? Truly he is ahead of his time, but is he really promoting vampire-ish behavior?

Perhaps the Apocryphal book, The Wisdom of Ben Sirach, can shed some light on these questions. Written early in the second century CE, Sirach is a collection of proverbial wisdom similar to the Book of Proverbs. On some occasions, the narrative voice of Sirach is Hocham, or wisdom itself. It is not rare in the Jewish mystical tradition for wisdom to be personified and be identified as a Sefirot (an emanation from the Creator Himself). It is also not uncommon for Hocham to be spoken of in parallel to the Torah and the Memra (the Divine spoken word upon which all of creation was founded). This only becomes pertinent when we examine the voice of Wisdom as it exhorts the virtues of consuming its body.

Come unto me, all that be desirous of me, and fill yourselves with my fruits. For my memorial is sweeter than honey, and mine inheritance than the honeycomb. They that eat me shall yet be hungry, and they that drink me shall yet be thirsty. He that obeys me shall never be confounded, and they that work by me shall not do amiss. (Wisdom of Ben Sirach 24:19-22)

Here Hocham, the Divine Wisdom that emanates directly from the Creator, makes virtually the same claims and promises that Yeshua makes to those who heard him by K’far-Nachum. Yeshua is not suggesting that anyone actually drink his blood, rather that we literally internalize his life force. The life is in the blood! Animal blood on the altar allowed us to recognize the sanctity of life; Yeshua’s blood, which was poured out upon the altar, allows us to recognize the sanctity of our own lives and to rededicate ourselves to the purposes of Hashem.

“Whoever eats my flesh and drinks my blood lives in me, and I live in him.” When we take Yeshua upon ourselves, we consume the living Torah. Many religious systems will lead us in the direction of a more virtuous life. But only by taking on the person of Yeshua do we become one with Hashem. Yeshua offers us more than flesh and blood; he is truly offering Heavenly Bread and Living Water.

Some statements can be so over used that they begin to sound like platitudes. Having a personal relationship with God is one of those statements. Yet that is precisely what Yeshua is offering us. He is living water that quenches even the insatiable thirst, the bread from heaven that ends the greatest of hunger. His body and blood is the life force that makes us one with him and one with the Father. He is the true food that gives eternal life.

This post was written by MJTI Faculty Rabbi Paul Saal. Reposted from shuvahviews.org. For more by Rabbi Saal, read his article about Tisha B’Av.

In this time of uncertainty, R. Saal explores the spaces between when God speaks to us, and how we can rest in him even when he seems absent.

A Moment in Nature

Take a moment to rest and enjoy HaShem’s beautiful creation with Dr. Rich and his wife Sue.

A Time for Rain

Rabbi Michael Hillel reflects on the nature of rain as a blessing from Hashem and what its timing and frequency can tell us about Hashem’s grace.