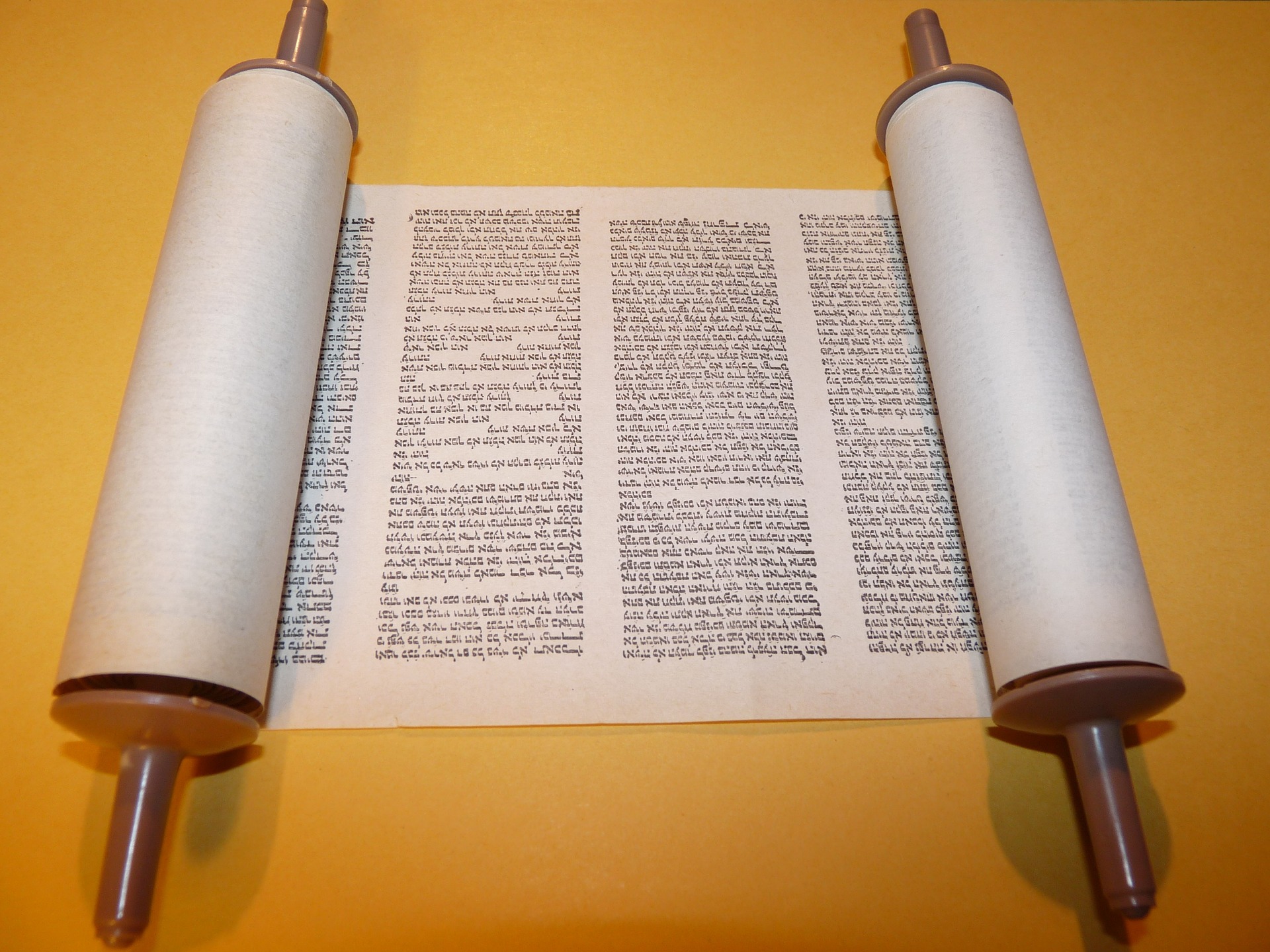 Imagine this: It’s Erev Simchat Torah. The synagogue is full of people and of high expectations. All the Torah scrolls, dressed in their beautiful mantles, are taken out of the ark, waiting to be carried around the synagogue by the attendees for seven hakafot (circuits). Around and around the Torah scrolls are carried accompanied by singing, clapping, and dancing. Children not old enough to carry a scroll march along waving flags and holding toy-sized Torah scrolls. Candy is thrown or given to the children at the end of every hakafa.

Erev Simchat Torah (“Rejoicing in the Torah”), as the name suggests, centers on rejoicing in/with the Torah. In the morning the yearly Torah reading cycle will come to an end (Deut 33:1-34:12) and immediately begin again with the first word “Bereshit” (beginning) of Genesis (reading Gen 1:1–2:3). The annual Torah reading cycle continues unbroken.

The characteristic feature of the morning service is the Hatan Torah and Hatan Bereshit, the bridegrooms of the Torah and the Beginning. The Hatan Torah is given the honor of reciting the blessing over the last section of Torah and the Hatan Bereshit the honor of reciting the blessing over the beginning of the Torah. The two bridegrooms share with the community their joy of taking part in the completion and beginning of the Torah reading cycle usually by providing kiddush for the whole congregation after services. Shabbat Kiddush includes the traditional blessings over wine and something to eat, which on Simchat Torah can range from cakes, cookies, veggies, and other finger foods to a full meal.

The institution of the two bridegrooms is quite significant. The modern-day tradition of the two bridegrooms follows the earlier practice of honoring the groom in the synagogue on Shabbat after his marriage. In the past, following every wedding, there used to seven days of rejoicing that culminated in the joyous reception of the bridegroom in the synagogue on Shabbat. On that day the groom was the “hero”. The groom was greeted by special songs and given a seat of honor. Sweets were showered on him and a special blessing said over him when he was called to the Torah. A second Torah would have already been taken out of the ark, and he would read the account of Isaac’s marriage to Rebekka (Gen 24–25). It was a joyous day for the entire community.

Simchat Torah can be compared to a king who sought the best possible wife for his son. After searching for many years, he finally found the most fitting girl for his son. The prince trusted his father and married the girl. Each day of their marriage the prince discovered a new virtue in his bride, which made him very happy. His happiness was deepened each time he saw her good trait because it reaffirmed his trust in his father and the quality of his choice. Just as the groom gained a deeper understanding of his bride the more time they spent together, we gain a deeper level of understanding and meaning of Torah the more time we spend studying Torah. We get to know Adonai more intimately. We learn God’s character who he is and not just what he does. In turn, our trust in our heavenly father is reaffirmed and we learn to trust him and his choices. Jewish and non-Jewish Yeshua believers also rejoice in the Living Torah: Yeshua the Messiah and King.

The Torah was given as an inheritance to the Children of Jacob (Deut. 33:4). This inheritance brings the Jewish people the deepest happiness, which is exuberantly demonstrated on Simchat Torah. Let us rejoice along with all of Israel as they rejoice over the gift and inheritance of the Torah. Chag sameach!

This article was written by MJTI Academic Dean Dr. Vered Hillel. For more by Dr. Hillel, read her articles Shemini Atzeret, the Timeliness of Sukkot, or Blowing the Shofar.