This is the second half of a two-part interview. For the first article, click here.

Yahnatan Lasko is a 2019 graduate of MJTI’s Rabbinic Studies program. Last week, we talked about his journey to MJTI. This week, we discuss his journey through MJTI and his perspective on the intersection between Judaism and different abilities. 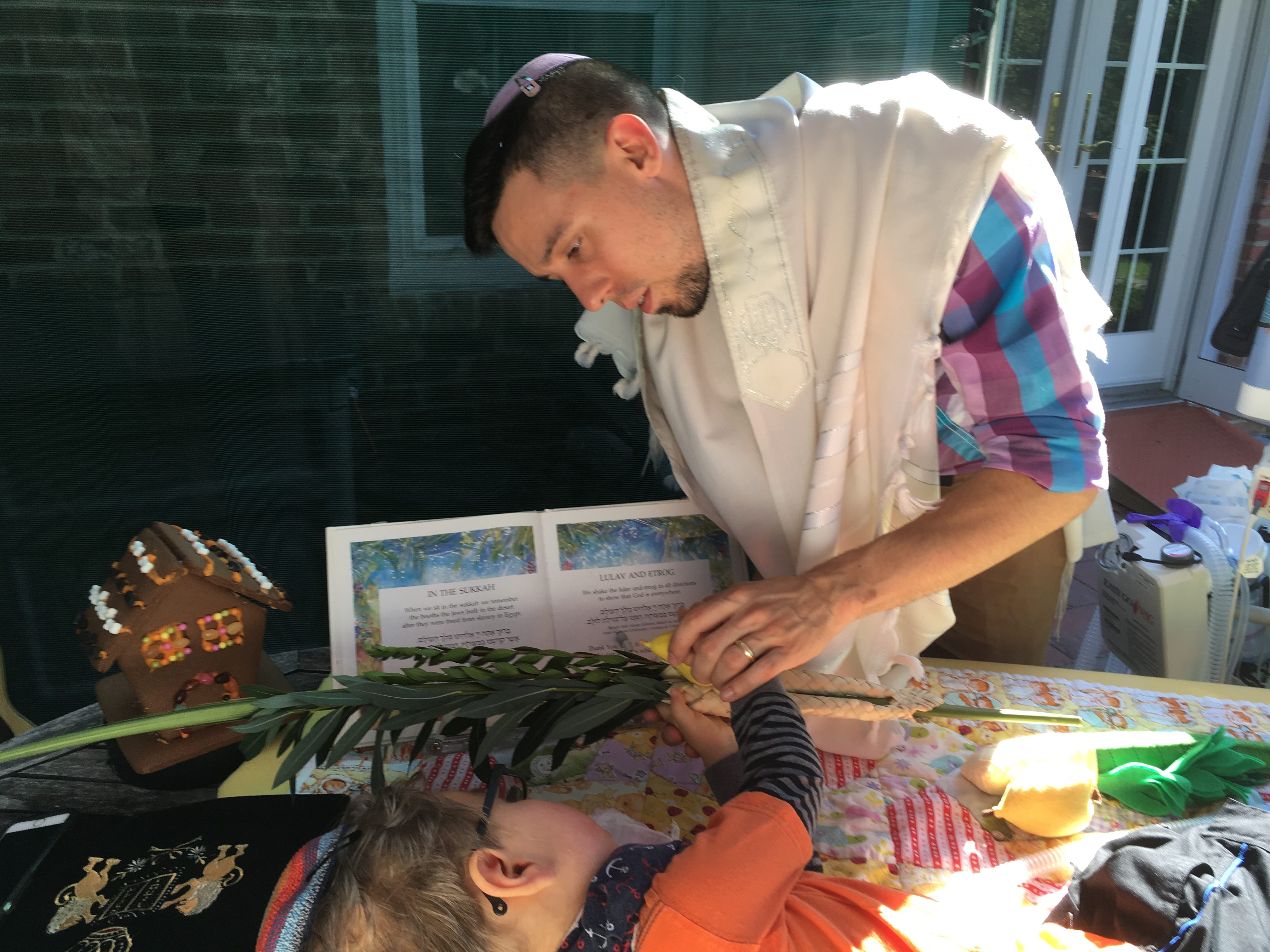 MJTI: While you were at MJTI, did you have any particularly influential experiences?

YL: When my son was born, my wife and I had enrolled in a class in congregational growth and development. We were both involved in leadership in our synagogue and even though we had a newborn, we thought, “What could be better? He’ll just be sleeping and eating, and it’s not that hard for us once a week to dial on to a video call and learn about congregation growth to challenge ourselves in that way.” But unfortunately, something wasn’t right with my son Max’s development. When we searched it out we discovered that he had a rare disorder called spinal muscular atrophy. It flipped our world upside down. It was heart-wrenching. We had no prior history with it, we didn’t know what was going on, and when we heard the impact of this disease on the body, it just looked really dire for Max, my son.

We sent an email to the professors, Rabbi Dr. Rich Nichol and Rabbi Dr. Stuart Dauermann. I remember Rabbi Rich called me on the phone and he said something to the effect of, “Yahnatan, I’m so sorry. My heart grieves with you and Kristen over this really difficult news. I know you guys are going to need a lot of love and support and time and space to figure it out, and I feel like all I can say is that we have this hope in Yeshua and life after death. He’s conquered the grave, and that can give us hope even in the most difficult of situations. I’ll be praying for you, and I’m here anytime you need.” I think it was a really big risk for him to come in with a message of hope to someone who was reeling from a really dire diagnosis, but for me it cut right to the heart and gave me the encouragement I needed at that moment. I really appreciated Rabbi Rich, and I think [his support was] pretty consistent with my experience with all of my professors. They’re great teachers, great scholars, and also great human beings, and I really enjoyed the process of learning with them.

MJTI: You’re “exploring Judaism through the perspective of different abilities” with your wife and son. What does that look like?

YL: So when I say “different abilities,” that’s another phrase people use in contemporary discourses for “disability.” It’s a way of thinking about people impacted by disease, injury, or natural development that acknowledges differences from what we consider the typical or the norm. Such differences have occurred throughout history, and so in one sense what my wife and I are doing with our son Max is not so different after all.

Max has spinal muscular atrophy, or SMA. It’s a degenerative neuromuscular disease like ALS: the body is missing a gene for a protein that your nerves need in order to operate your skeletal muscles. Without that protein, the nerves die out and the muscles atrophy. Cognitively, Max is not affected. He’s a bright little boy who lacks the ability to move like other kids his age. He uses a wheelchair to get around, and he can move his fingers a little bit. He can leverage that wiggle to activate two little super-light switches which he uses to operate his wheelchair. He also uses them to control a communication device: Max lacks the strength to articulate consonant sounds with his mouth, so he uses a computer if he wants to say things in English.

All of this was totally outside my prior experience. I know what I had learned growing up as a Messianic Jewish child, but the question of how to communicate those things to Max was all new to me. [I didn’t have a lot of examples for] what it would look like for him to live a Jewishly engaged life, and we’ve been trying to figure out what works for our family.

A lot of the texts of rabbinic Judaism are focused on questions of obligation. When it comes to disability, I found that the rabbis tended to absolve individuals of responsibility for things they lacked the ability to do but did not remove the obligation for things they had the ability to do. This can be seen as a way of preserving their dignity. It was also interesting to see cases where the obligation to help a person fulfill the mitzvah extended out to include caregivers, family, and the community. The Torah has many different facets. All Jews are obligated to learn the Torah, follow it, and study it, and I think there’s a sense in which each of us has our own unique Torah. We each have our own unique insights into the Torah of God based on our individual experiences. Part of our job is to search for [our personal facet], bring it out, and share it with others. I think that really holds true for Max, and I think that holds true for anyone—with all the diverse abilities we have [represented]. Everyone has something to offer.

I also had a chance to explore different abilities from a historical perspective in some of my graduate courses at MJTI. In thinking about disability in the Apostolic Writings, Yeshua’s many healing miracle stories come to mind. These have provided and continue to provide hope for those seeking God for healing. But I also was interested to discover a secondary theme, where a person’s different abilities are not seen as preventing them from being a channel of God’s blessing in the world, but rather as a means for empowerment. We find this with the apostle Paul, who asked God to take away his thorn (which a growing number of scholars believe to be some sort of physical ailment or disability). Rav Shaul was told, “My grace is enough for you; my power is made perfect in weakness.” A scholar named Martin Albl thinks that even Yeshua fits this lens, since in the ancient world, crucifixion was seen as the ultimate symbol of functional limitation and social stigma. Seen in this light, Yeshua takes his place in a storied line of Jewish figures whose disability served as a channel for divine action on Israel’s behalf, alongside our patriarch Isaac and matriarch Leah (both of whom had weak eyesight), Jacob/Israel (who walked with a limp after wrestling the angel), and Moses (who was “slow of speech”).

For a paper I did on disability in the Second Temple period, I examined stories about people with different abilities from Jewish and Greco-Roman literature of the time to see what I could learn about peoples’ lives. It was interesting to find out that we have evidence from the texts of that time that disability was just as prevalent then as it now—possibly even more so. In any crowd of people at that time, there would’ve been lots of people whose abilities were a little different. This is not dissimilar from today. Experts say that one in four people with have some sort of functional disability at some point in our lives. While my son Max’s disease may be rare, the fact that our family is impacted by disability is something that we have in common with many, many other families throughout our Messianic Jewish movement and our world.

My experiences raising Max have raised my awareness of the many other individuals and families I know who have not allowed their differences to prevent them from joining, building, and leading our Messianic Jewish communities.

Quotes have been edited for length and clarity. This article was written by Emily Klein, MJTI Content Coordinator. For more mazel tovs and good news, read “A Debate on the Meaning of Israel” or our article with MJTI graduate Rabbi Michael Hillel.