Michael Hillel is a 2019 graduate of MJTI’s Rabbinic Studies program. He holds a B.A. in Bible and Theology from the International Correspondence Institute (now Global University), and a Master of Jewish Studies from MJTI. The Messianic Jewish Rabbinical Council ordained him as a rabbi in June of 2019. He is also MJTI’s new registrar.

Michael grew up in Southern Mississippi. He was not raised Jewish, but was involved in the Baptist church ever since he was very little. He spent twelve years in the Marine Corps after high school, met his wife (MJTI Academic Dean Dr. Vered Hillel), got married and had children. Then, in 1988, their family moved to Israel to work in Muslim evangelism. But they were moved out of the ministry after only a few months and sought the Lord as to what to do. 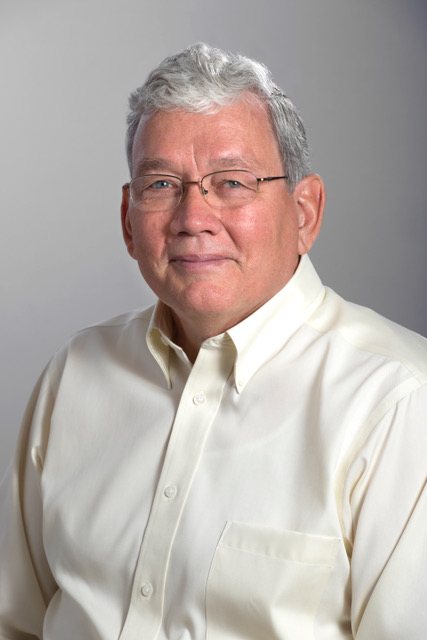 After much prayer, he says, “since both my wife and I are Jewish at least by heritage, we attempted to make Aliyah. By the grace of God, we made Aliyah in 1998 with absolutely no problems whatsoever and we’ve been there ever since.” While living in Israel, the couple began questioning the relationship between their faith and their Judaism. While both were working for Israel College of the Bible, they met Rabbi Dr. Mark Kinzer and Rabbi Dr. Stuart Dauermann, who introduced them to MJTI. They both began to study there, Michael starting a year after Vered.

Studying at MJTI, he says, was transformative. “The instructors challenged us to think outside of our comfort zone—the education and training we’d had in the past. [We’d look] at the same materials but in a different manner, more of a Judaic manner. We were challenged with a lot of materials that weren’t specifically Messianic in focus… I think being introduced to that different way of looking at things is probably the greatest thing.”

As with any good education, he became aware of the nuance beneath commonly accepted assumptions. Asked how MJTI shaped him spiritually, he replied that it challenged him to look beyond easy answers. He has developed an appreciation for Talmud and Midrashic literature, which are Jewish works characterized by their open-endedness. Being able to look beyond conventional commentary and having the tools to critically examine texts opens the door to greater spiritual understanding and engagement. Personally examining a text allows for unique understanding of the passage and creates a space for processing individual spiritual concerns with the text and its issues.

This quality of open discussion is also present in MJTI’s class format. Michael describes the classes as “blog interactions”—essentially, writing and publishing discussions online with other students (though also paired with a weekly faculty lecture). He says the professors were intent on letting the students have their own ideas and discussions. “The instructors would let us kick around their questions and come up with some answers from our own studies, our own life experiences, etc.” Even though it was online, he still felt there was a sense of community amongst the students. Online, he thinks, it’s easier to be transparent and open. “That’s one thing I’m going to wind up missing by not being in the classes anymore,” he muses. “You get to know the instructors better [and] you get to know the students, even though you’re not face to face.”

Michael is a strongly believes in the power of relationships. In Israel, where there is often a stigma against Messianic Jews, he describes most of his experiences with Jewish religious leaders as positive or at least indifferent, because “they got to know us” first. He exemplifies an attitude of reserved honesty. When describing his experience of being a Messianic Jew in Israel, he explains, “I’m a firm believer that you can get a lot more done in sharing the Lord with somebody if you get to know somebody first. If someone wants to know about Yeshua, I’ll tell them without any reservation, but [the] way I understand scripture, it’s the Holy Spirit that brings man to repentance. We just need to be available for the Holy Spirit to use.” He and Vered are active in their current shul, where some—but not all—of the congregants know the couple is Messianic. Michael has been asked to serve on the board under three different presidents and Vered leads Tuesday morning services. Whenever someone asks him to lead he tells whoever’s asking, “I’d be more than willing to serve, but you need to know something first,” and lets them know he believes in Yeshua. Each time, he tells me, there have thankfully been no problems.

Currently, he is the leader of a chavurah (a community group) in Israel that seeks to exemplify Jewish life renewed in Yeshua. He has been involved in helping to build and maintain several believing ministries and colleges, including working as the registrar at University of the Holy Land and as a librarian at Israel College of the Bible. He plans to continue his studies, concentrating on further language acquisition and traditional Jewish sources.

Ultimately, he says, “My responsibility is to walk through the doors the Lord provides, to be the best individual I can be and be obedient to scripture as I understand it. And I think MJTI has given me some really good tools to do that.”

This post was written by MJTI Content Coordinator Emily Klein. For more mazel tovs and good news, read “A Debate on the Meaning of Israel” or our interview with MJTI graduate Rabbi Yahnatan Lasko. For articles written by Rabbi Michael, try his talmudic guide to living in community or his article on finding meaning in purpose.