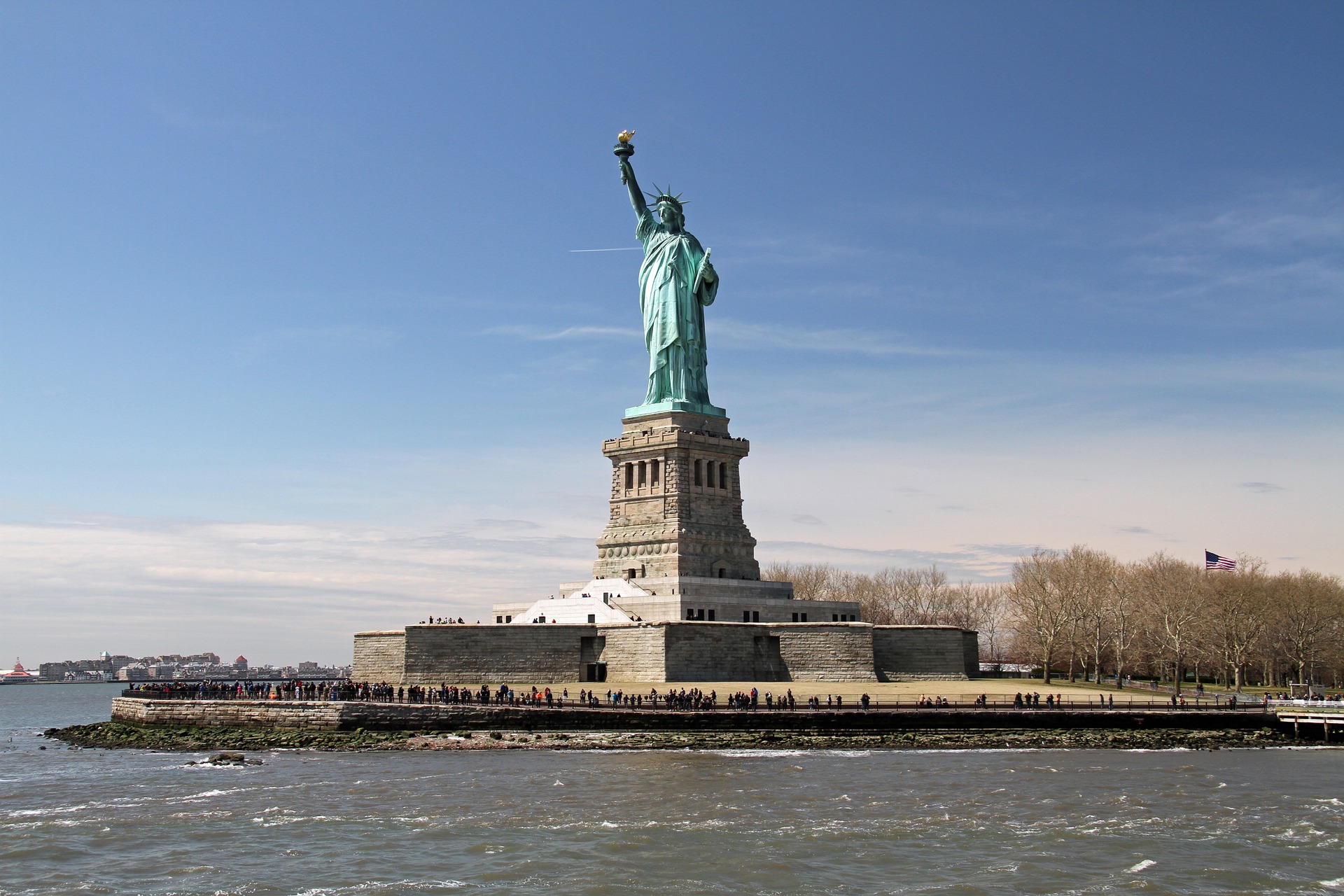 “Give me your tired, your poor

These well-known words, uniquely identified with the Statue of Liberty, have captured the imaginations of many and continue to shape the American vision of liberty and immigration. These words are from the poem “The New Colossus” written in 1883 by Emma Lazarus, a Sephardic Jewish woman, whose descendants were part of America’s first Jewish immigrants.

Emma is one of many ordinary and extraordinary American Jewish women who have earned their place in history. She is one of the first successful Jewish American authors. Emma was recognized as one of the 19th century New York literary elite and an important American poet. She wrote bold and powerful poetry and essays protesting the rise of anti-Semitism and arguing for the rights of Russian immigrants. She was also an early advocate of a Jewish homeland in Israel before the term Zionism was even coined.

When asked in 1881 to donate an original work that would be auctioned to raise money for the construction of the pedestal for Statue of Liberty, Emma initially declined the invitation, as she didn’t think she could write a poem about a statue. Fortuitously, Emma found her inspiration in her relief work helping Jewish immigrants in New York, who had fled anti-Semitic pogroms in eastern Europe. The living conditions of the new Jewish immigrants were very different than those in which Emma grew up. Being from a wealthy family who had lived in America since before the Revolution, she had not faced anti-Semitism. Her empathy for the immigrants is expressed in her sonnet, “The New Colossus.”

Emma’s poem was the first entry read at the auction, but was forgotten until 1903, 16 years after her death, when her friend succeeded in getting the poem memorialized in an inscribed bronze plaque that was mounted on the lower level of the pedestal. Unbeknownst to Emma, her empathy and passion has touched and continues to touch the lives of many around the world.

A Struggle to Breathe Free

As a Jewish-American woman, Emma Lazarus boldly faced the challenges of her day. She belonged to two conflicting worlds, Jewish and American. As a woman, she was treated unequally in both. Many of the conflicts and challenges she dealt with in life are echoed in the famous poem. The tension arising in the poem between ancient customs and new, Jewish and American identity, freedom and oppression, and voice and silence, give live and meaning to the poem, even to this day.

Emma Lazarus is an example of how we all, in our own way, have a place in history. Like her we may never know how our lives mattered. We may never know the hearts that we touch, the people we encourage, or the lives that are changed because of something we do or say. Nor do we know how these encounters will ripple through peoples’ lives on to others. Our love, empathy, kindness in word and deed will continue their ripple effects for many years through many lives.

This post was written by MJTI Academic Dean Rabbi Vered Hillel. For more articles by Rabbi Hillel, try her Extravagant Shavuot Cheesecake recipe, her article on whether Messianic Jews should celebrate Lag B’Omer, or her experience celebrating Pesach in Israel under COVID-19 lockdown.