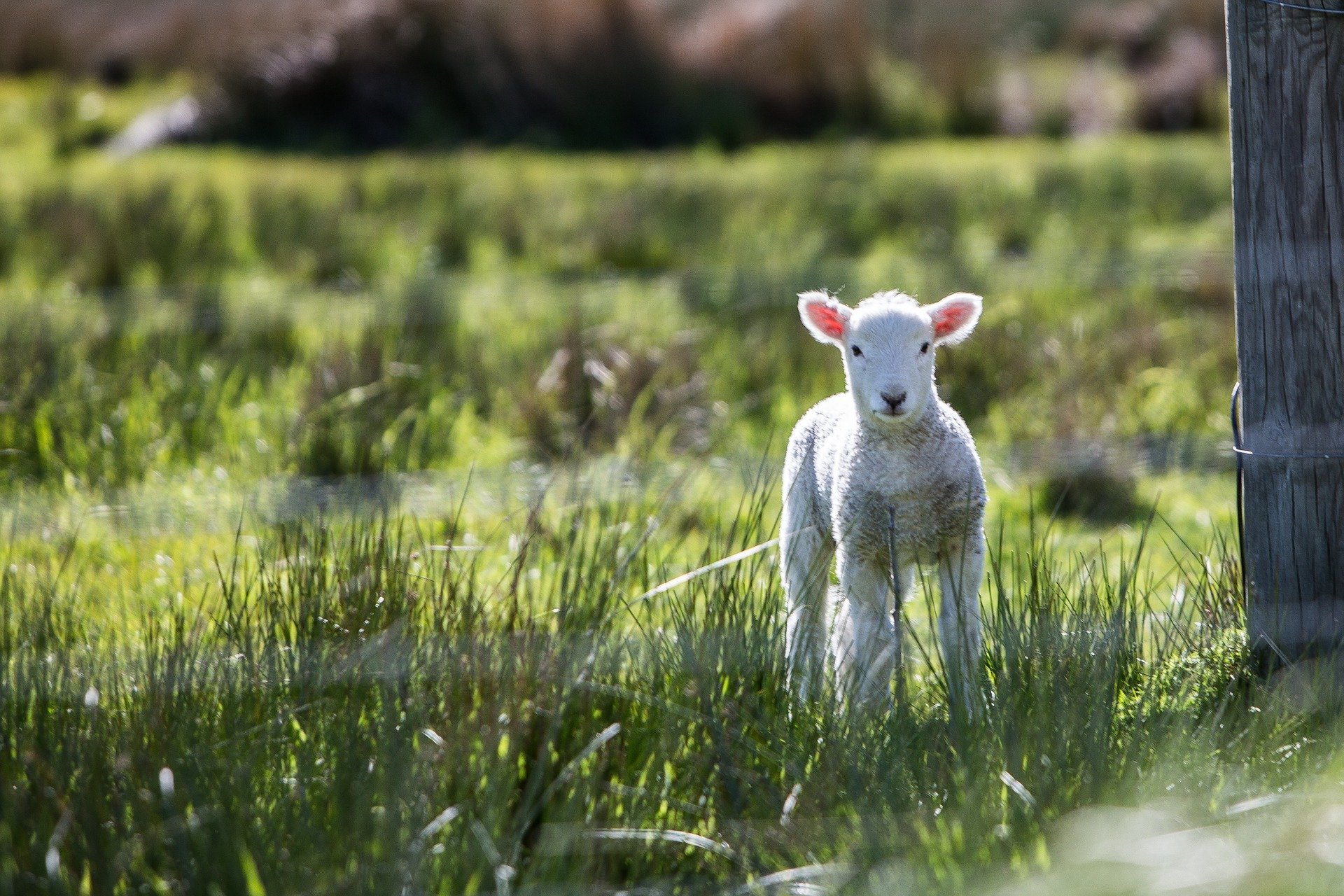 At each Passover Seder, just prior to the second cup of wine, we sing Dayenu, which literally means “it would have been enough.” It’s a song that recognizes each of God’s beneficent gifts to Israel. After the enumeration of each of the gifts, we respond by singing “Dayenu:” it would have been enough. But Hashem has provided another gift, which is first for Israel but then extends to the entire world, something that is central to our Passover celebration, an innocent lamb of His choosing: the Lamb of God.

There’s a lamb for the individual. It’s first mentioned in Scripture as God’s provision of a lamb in the 22nd chapter of Genesis, a portion that has come to be known as the Akita or the Binding. It describes the binding of Isaac, Israel’s second patriarch. Abraham is commanded by God to take his only son and bring him to Mount Mariah to be a burnt offering. As scandalous as this seems to us, Abraham responds without protestation and arises early the next morning. Isaac’s a really good kid. In fact, his name means “laughter.” And no doubt he brought joy to his aged parents. In fact, he’s probably 14 to 18 years of age while his father is 100 years his senior. So if Abraham seems oddly compliant, what about the faith of Isaac? It seems quite apparent that if he didn’t want to obey his father and get on the altar, it just wasn’t happening. But he did. And it did.

The question is, how will we respond? And how will God respond? Isaac certainly knew that what was coming. The young man did a quick inventory and took note of the knife, the rope, the fire, and the wood, but no lamb. When he questions where the lamb is, his father responds that God himself will provide the lamb. And so the Holy One did, lesson learned: when life binds us up and places you upon the altar, remember that God will provide the lamb.

If God had only provided a lamb for me as an individual, Dayenu, it would have been enough, but God provided a lamb for the family. The second prominent mention of God’s provision of a lamb is found in Exodus 12, the story of the Passover. After a prolonged battle for control with Pharaoh, God shows why he is the undefeated heavyweight champ. Since the first nine plagues and a sham rod against Egypt failed to make Pharaoh release God’s people, the 10th plague promised the destruction of every firstborn son in Egypt. The only problem is that Israel was still in Egypt. But God gave a provision for Israel’s deliverance. They were commanded that on the 10th day of this month, each man was to take a lamb for his family, one for each household. This month was the 10th of the sun. And for the next 10 days, the lamb was to stay with the family, enjoying all the comforts that in a small, unventilated humble home in an excessively hot country can provide. No doubt the kids would get very attached, but on the fifth day the lambs would be brought to the doorway of the home. And there they would be slaughtered among every family in Goshen where Israel resided. The blood of the Lamb would then be applied to the doorframes and lintel of the home as assigned, to deter the angel of death and protect the children of Israel from the plague of death. If the lamb was too large for the household, it could be shared with the neighbors, but no lamb would prove insufficient for the family. So it is within our own families, when our families struggle from within and our challenge from without, it is good to remember that if God merely provided a lamb from my family, Dayenu, it would have been enough.

God also provided a lamb for the entire nation. Nearly a millennium after the Exodus, the prophet Isaiah writes of a single personality who will suffer excessive circumstances and yet would silently bear this affliction. He was oppressed and afflicted, yet he did not open his mouth. He was led like a lamb to the slaughter and as a sheep before shearers, but he did not open his mouth. According to Isaiah 53:7, the rabbinical interpreters came to refer to this person as the suffering servant, and they generally associated him with the entire people of Israel. Like the Passover lamb, this servant was to endure a fatal punishment for the sake of others. It certainly would make sense that they would identify this person with Israel, since Israel has often suffered at the hands of the nations. Also, Hashem has called Israel to be in a sacrificial role as a nation of kohanim: priests. But in verse eight, Isaiah states that this servant was stricken for the sake of my people, so how could Israel be the sacrifice for its own transgressions? This only makes sense if this innocent lamb was uniquely one of Israel’s own, a lamb for the entire nation. So if God had only provided a lamb for the nation, Dayenu, it would have been enough. He also provided a lamb for the entire world.

The first reference of this amazing lamb in the good news occurs in the first chapter of the fourth Besorah. Yohanan Ben Zachariah is immersing common people in the Jordan River in preparation for the kingdom of Hashem. When he sees Yeshua coming, he makes the oddest of declarations. “Behold, the Lamb of God, who takes away the sin of the world.” The whole world, even the goiyim? Israel is occupied and oppressed and has been for centuries by a series of conquering nations. The latest, the Romans, are perhaps the worst, at least the worst in memory. So would Hashem really make provision for these wretched warlike imperialists? Didn’t Hashem drown the Egyptians when he liberated Israel?

The mercy of God is unexpected and far reaching. The Lamb that was mentioned as a provision for an individual is now the provision for the entire world. So if God had stopped there and only provided a lamb for this present age, Dayenu, it would have been enough, but he provides a lamb forever. While in exile on the Greek island of Patmos, Yochanan sees an elaborate apocalyptic vision that includes many profound prophetic pictures of an innocent lamb. Yochanan saw the Lamb of God seated upon the throne reserved for the Holy One. Oddly, 24 elders and four peculiar beasts are worshipping the lamb. The elders represent the 12 tribes of Israel as well as the authority of the 12 apostles, indicative of the physical Israel and the nations coming together in a new eschatological commonwealth of mutual blessing. The lamb is described as being slaughtered yet it lives. And when the elders look away, they return their gaze to see not a slaughtered lamb but the Lion of Judah. How strange are the ways of God, who repeatedly exhibits his strength in the weak things of this world. Together on the throne of God, justice and mercy are again shown to be one, the perfect equanimity of the sovereign.

If God had given us a lamb to bear the sins of the entire world, Dayenu, it would have been enough. But he has given us the promise of a world renewed, when the lion will lie down with the lamb, and men will trade in their implements of war for the tools to build and provide for one another. The Lamb will show us that God’s perfect will is perfected not perfection, but is placed on display by our imperfections. Then all will worship the lamb and follow his instruction. And the sovereignty of God will be made known throughout the entire creation. Dayenu.

For more Pesach content, try Afikomen Hunt Ideas, our Kosher-For-Passover Recipes compilation, What Would The Uncles Think?, or Yeshua, Pesach, and the Virus.

This podcast was written and narrated by MJTI Faculty Rabbi Paul Saal.

Spreading Peace During a Pandemic

We know that we should be nicer—but how? Rabbi Elliot Klayman looks at Psalm 120 for how to let our yetzer hatov shine through.