A Time for Rain 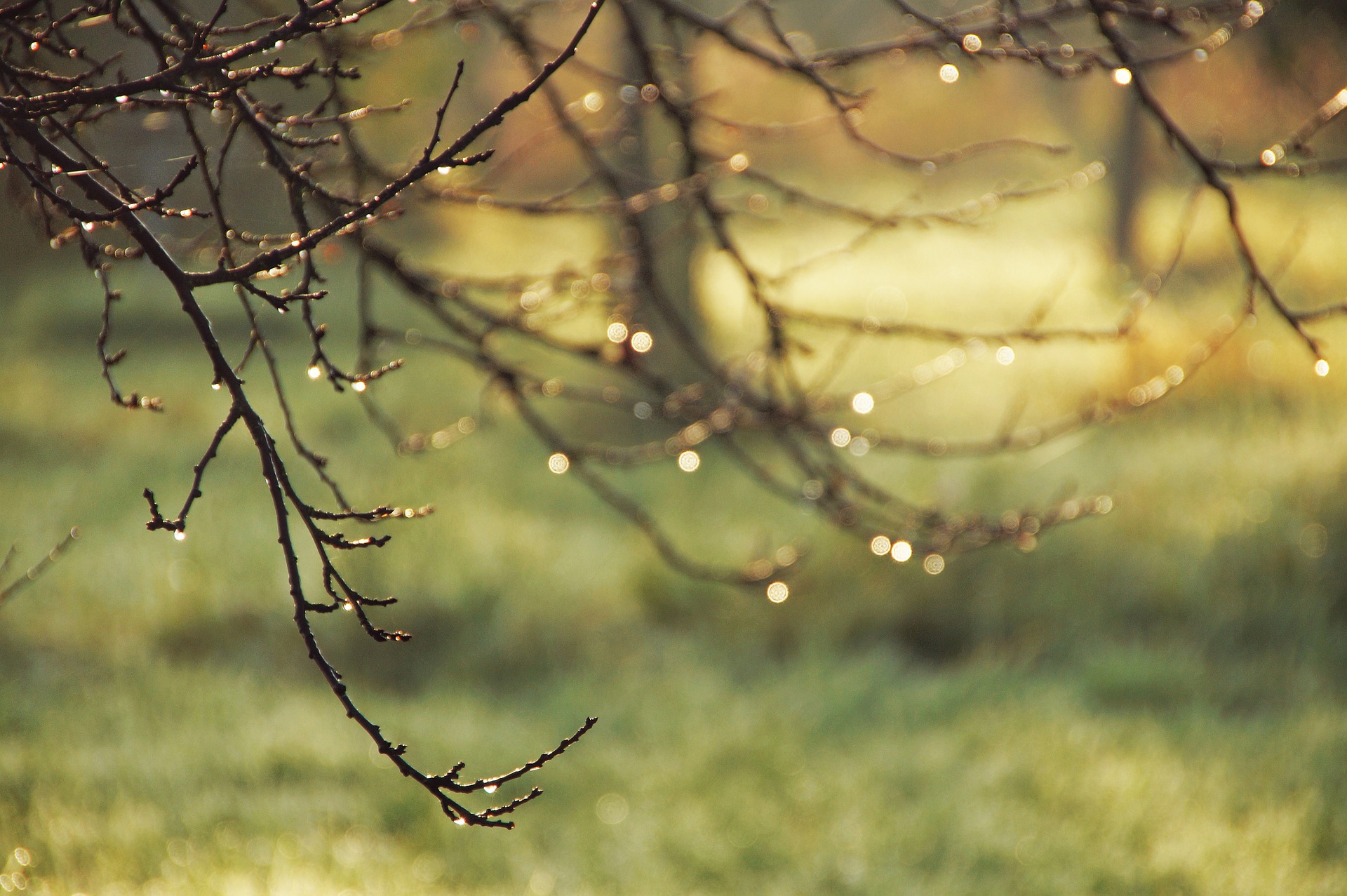 On Shemini Atzeret (the day after the conclusion of Sukkot), Jews switched from praying for dew during the morning Shacharit prayer service to praying for rain. In a country, such as Israel, the proper amount of rain in a timely manner is of the utmost importance. As Israel was preparing to enter the land of promise, Moshe warned the people,

But the land you are crossing over to possess is a land of hills and valleys, drinking from the rain of the heavens it drinks in water. It is a land that Adonai your God cares for—the eyes of Adonai your God are always on it, from the beginning of the year up to the end of the year. (Deuteronomy 11:11-12)

For those unfamiliar with Israel’s rainy season, it typically only rains in Israel from late fall to early spring (between Shemini Atzeret and the first day of Pesach). While this is roughly a six-month period, most of the rain falls in late December through January. So, when rain when comes in its season, it is truly a blessing from heaven. However, rain at the wrong time is not so much a blessing. Consider Israel’s demand for a king during Samuel’s time. At HaShem’s direction, Samuel gave Israel their request, and Saul became king. But just before that, Samuel pronounced HaShem’s judgement on Israel for attempting to switch their trust from HaShem to an earthly king. Suddenly one of the things that wheat farmers fear the most came upon them.

Now stand by and see this great thing that Adonai will do before your eyes. Is it not wheat harvest season today? I will call to Adonai, that He may send thunder and rain. Then you will know and see that your wickedness is great which you have done in the sight of Adonai by asking for yourselves a king.” So Samuel prayed to Adonai, and Adonai sent thunder and rain that day. Then all the people greatly feared Adonai and Samuel. (1 Samuel 12:16-18)

It is important to note here that there are four basic words for rain that are to come at specific times during the year. The word used for rain in the 1 Samuel passage is matar, which are heavy rainstorms that are supposed to come in their season (Dec.-Jan.). When they come out of season, as in the wheat harvest, these storms are destructive. The wind and heavy rain knock off the newly budding fruit, be it on fruit trees or on grain as mentioned in the above passage.

Continuing with the idea of the importance of rain, we read in Bereshit, the first Torah portion of the yearly reading cycle, that before the creation of mankind

…no shrub of the field was in the land yet, and no green plants of the field had sprouted yet. For Adonai Elohim had not caused it to rain upon the land, and there was no one to work the ground. (Genesis 2:5)

According to this passage, two things were needed for the land to fully flourish—rain from HaShem and someone to work the land, mankind. As I was considering this passage, I thought back to the second paragraph of the Shema, in which we read,

Now if you listen obediently to My mitzvot that I am commanding you today—to love Adonai your God and to serve Him with all your heart and soul—then I will give rain for your land in its season—the early rain and the late rain—so that you may gather in your grain, new wine and olive oil. I will give grass in your field for your livestock, and you will eat and be satisfied. (Deuteronomy 11:13-15)

Interestingly, this is the second scripture passage in the Kriyat Shema and also part of Moshe’s preparation of the people to enter the Land. In both the beginning of the Torah (Genesis 2) and here toward the end of the Torah (Deuteronomy 11), we see that growth and abundance require water – rain in its season. And according to Deuteronomy, the occurrence of rain in its proper time is dependent upon Israel’s obedience to the commands of HaShem. Yeshua also affirmed that HaShem is the one who bestows rain on all of his creation.

He causes His sun to rise on the evil and the good and sends rain on the righteous and the unrighteous. (Matthew 5:45)

Rav Shaul then confirmed that rain in its time is a blessing from HaShem to the entire world as he told the crowd at Lystra,

Yet He did not leave Himself without a witness—He did good by giving you rain from heaven and fruitful seasons, filling your hearts with joy and gladness. (Acts 14:17)

This indicates that HaShem’s goodness and grace extends to all mankind. I emphasize this because I recently heard a teaching that limited God’s goodness and grace to only those who are part of the Kingdom of God, more specifically followers of Yeshua. While there is a degree of truth in that understanding, it is not the whole truth. For example, look at what David wrote in the Psalms,

Adonai is gracious and compassionate, slow to anger and great in lovingkindness. Adonai is good to all. He has compassion on all His creatures. (Psalm 145:8-9)

David says that HaShem has compassion on all His creatures, not just those who have chosen to associate with Him. Also note that in Lystra Rav Shaul was speaking to non-Jewish, non-Yeshua believers, people who had no relationship with HaShem. However, as a witness to himself, HaShem “did good by giving you rain from heaven and fruitful seasons, filling your hearts with joy and gladness.”

In conclusion, rain, whether in Israel or anywhere else in the world, can be a blessing or a curse, depending upon the timing and type of rain (gentle, raging storm, etc.). Rain in its season is a blessing that brings about growth and abundance. HaShem desires to bless all of his creation with rain and by extension the bounty that the rain brings—even for those who do not yet acknowledge him as their Lord.

The prophet Isaiah penned these words from HaShem,

“For My thoughts are not your thoughts, nor are your ways My ways.” It is a declaration of Adonai. (Isaiah 55:8)

In other words, he will pour out his blessings on those whom he chooses to do so, whether we understand his actions or not. Therefore, let’s all follow the admonition of the psalmist who wrote, “Serve Adonai with gladness. Come before His presence with joyful singing” (Psalm 100:2), all the while expecting the rain of his abundant blessings in our lives and the lives of those around us.

This article was written by MJTI Registrar Rabbi Michael Hillel. For more by Rabbi Hillel, read his articles A Time of Rejoicing, Reflecting on Taschlich, or Entering the Days of Awe.